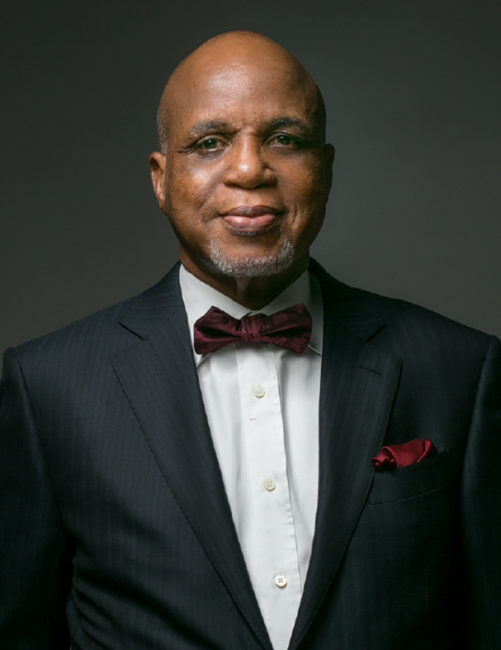 He started his primary education with St. George’s Primary School, Zaria in the North-western part of Nigeria, thereafter attended Odogbolu Grammar School in the Southwest.

He later attended the College of the Institute of Marketing, Cookham, Maidenhead, England, where he obtained the College’s certificate in Marketing.

Mr. Shobanjo started his communications career in 1964 with the Nigerian Broadcasting Corporation (NBC) now Federal Radio Corporation of Nigeria (FRCN) as a Studio Manager, leaving the Corporation in 1971 as a Producer.  Thereafter, he joined the Client Service Department of an American owned agency, Grant in the same year.

Later, he was appointed to the board after four years of hard work and dedication, and sometime later, he became the Company’s Deputy Managing Director which he served for another four years.

Towards the end of 1979, he elected to leave his lucrative positon / job and start to chart a new course of entrepreneurship.  He then established Insight Communications – a marketing communication company and one of the biggest players in the advertising industry / business in Nigeria, commencing business operations in January, 1980.

During the business life of Insight Communications and around a period were several important clients complained of poor outdoor delivery service (which Insight had no control of), Mr. Shobanjo opted to invest in setting up an outdoor media agency.  This decision was met with some criticism within the outdoor section of the advertising industry, but Mr. Shobanjo was not deterred.

This move, give birth to the company now known as Optimum Exposures.  One of Nigeria’s most innovative outdoor outfit, ranking among the top 5 outdoor advertising companies in Nigeria.

Thereafter, he established The Quadrant, which was the first PR Consultancy firm in Nigeria in January 1990, with a vision to offer public relations services to Insight clients who have been asking for that service offering / needs.

Still in 1990, and with a need to address account conflict resulting from referrals by satisfied clients, he established MC&A – the first Nigerian AD agency to be affiliated with Saatchi & Saatchi Global Agency.

Following on, he also founded the Halogen Security fim, to provide security for key assets and investments of the group, now known as the Troyka Group.  Halogen Security is a security and asset protection company, which looked after the Groups assets and interests, including senior managers, residences and office locations.

This security outfit grew in size and service offerings and then commenced services delivery to clients who desired these offerings.

Very recently, he has shared the global stage alongside notable politicians and thought leaders at the inaugural Nigerian American Business Forum in Tampa, Florida.

Mr. Shobanjo is happily married and blessed with children.  His daughter, Dolapo Shobanjo, is the founder of two top websites; ‘MyAsho.Com and MyAshoMarket.Com’.

Mr. Shobanjo has been awarded Nigeria’s Advertising Man of the 20th century by Weekend Concord in 1999.  He bagged the Success Digest Enterprise Award as the Entrepreneur of ‘The Decade’.