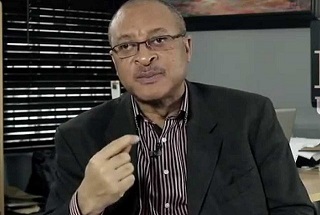 Prof. Utomi was born on 6th February, 1956 in Kaduna. He hails from Delta state. He attended he primary and secondary education in different institutions across Kano, Gusau, Onitsha and Ibadan. He graduated from University of Nigeria Nsukka with a Bachelors degree in Mass Communication. He obtained his Ph.D. MPA, MA from Indiana University, Bloomington, Indiana, USA.

After his return from Bloomington, he was recruited by Alex Ekwueme (Ex-Vice president) to deliver consultancy services on some public policy papers. Right after that, he was appointed Special Assistant by Shehu Shagari (Ex-President) a position he lost ensuing the military coup in December 1983 which ended the second republic.

In 1983, he became the Assistant General Manager (corporate affairs), Volkswagen Nigeria Limited. In 1984 t0 1986, he became the CEO of Utomap holdings Limited. He also served as the vice-chairman, Platinum–Habib Bank.

In 2003, He founded Centre for Values in Leadership (CVL) a leadership development institute. That same year, He was selected professor of Social and Political Economy Environment of Business and Entrepreneurship at Lagos Business School.

His Political aspiration in 2007 and 2011, as candidate for President of Nigeria was unsuccessful. He was the Governorship candidate for All Progressive Congress (APC) in 2019 general elections. However, the national working Committee of APC reversed the factional declaration and declared Chief Great Ogboru as its Delta state gubernatorial Candidate for the 2019 general Elections.

He was involved in the formation of several civil society groups on accountability and good governance such as, Transparency in Nigeria, the Centre for Values in Leadership (CVL), the Concerned Professionals, and the Restoration Group. He has served in top private sector associations such as Lagos Chamber of Commerce and Industry (LCCI); The National Council of the Manufacturers Association of Nigeria; and the Nigeria Employers Consultative Association (NECA).

He was awarded one of the top ten Living Legends in the Vanguard/Silverbird Television Awards, Great Nigeria Lives of the 20th Century; and Who is who in Africa.

Prof. Utomi is a prolific writer and some of his notable publications amongst many others include:

Utomi P, Values and Economic Stagnation in Africa: A Paradox of Poverty in Nigeria. The International Journal of African Studies Vol. 3.2. Spring 2004

He has spoken on various international platforms about topics ranging from growth economics, comparative development, leadership, oil and China’s economic surge and growing influence in Africa. He was also the Keynote speaker at the Annual Conferences of the following:

Institute of Personnel Management of Nigeria

He has also spoken as a guest speaker at the annual Business Club meetings of the Africa Business Club at the Harvard Business School, Wharton, Kellogg School and the TedxEuston at the University of London.

Patrick Okedinachi Utomi is Happily married to Dr. Linda Ifeoma Utomi and together they have five children.