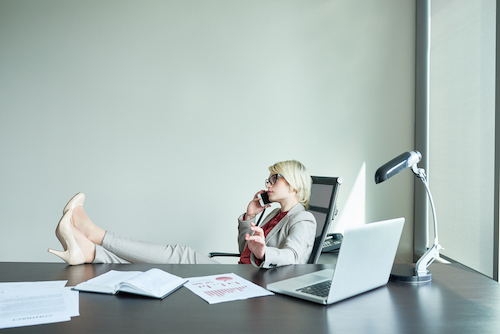 ‘Work it Out’- with Vivian: the Gatekeeper

It was Lucious Lyon of ‘Empire’ movie who painted a vivid picture of the ‘Gatekeeper’. With a gun pointed at him by a fellow black man whom he betrayed years earlier, he told the story of how he had to pacify one ‘white’ ‘Gatekeeper’ after another, by betraying his black brothers, just to achieve success in business.

As at the time he was recounting the story, he had made it, built an ‘Empire’ and become a Gatekeeper himself. But he was living a life of regret as he had realized (too late) that everything he did against his own kind in a bid to make it, were actually not worth it.

The policeman who murdered George Floyd must have played the character of a gatekeeper over Floyd’s life and made an all-powerful decision to take that life.

The other policemen and white folks standing over the black folks, denying them opportunities, forcing them to perpetually be on guard as they live their lives, lynching and murdering them even, may either be ‘gatekeepers’ or ‘aspirants’ seeking to pacify a gatekeeper.

In the case of managing, approving and disbursing Nigeria’s Covid-19 palliatives, the four characters are present.

In the corporate setting where people strive to make it to the top and remain at the top, the four characters are present.

In the entrepreneurship ‘jungle’, where people seek to make it or die trying, the four characters are even most present.

In every system that defines ‘success’ for its members, these characters are ever present.

And so, in a nutshell, we all are part of the gatekeeping circle in our different fields of endeavors.

Pertinent to note that in this scene of ‘Empire’ movie, one thing is immediately obvious – the 3 human characters are very unhappy.

Lucious, the aspirant-turned-gatekeeper was neither happy as an aspirant, nor as a gatekeeper- he always felt he was missing out on something.

His brother, the black man, whom he threw under the bus years ago to get past a gatekeeper was embittered to the point of committing murder.

Imagine how the story would have played out:

It’s what goes around that comes around – a vicious circle powered by discontentment, lack of gratitude to God, and trust in him who gives life and all the good therein.

Everyone wants something more, people are never happy or grateful for what they have and where they are, and so they feel the need to ‘do whatever it takes’ to get to a perceived place of happiness – but they soon find out that that ‘place’ of happiness they saw earlier was only but a mirage.

In whichever character you find yourself in the Gatekeeping triangle, what do you choose? The good or the bad? To be happy and contented? Or to be sad, envious and ever wanting more?

Tags: Empire movie, Lucious Lyon, women and wok, work it out with Vivian